Absinthe is now as often a plot device in film as it was an inspiration for artists in its heyday. Let’s take a look at the role The Green Fairy plays in today’s films.

Makeout With Your Sister 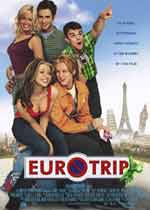 Euro Trip (2004, USA, directed by Jeff Schaffer) A group of Americans travelers encounter Absinth in a nightclub. Note theabsence of the trailing “e” on the bottle’s label – this would normally be an indication of an off-brand brew. A brief, inaccurate summary of absinthe’s legality is put forth by one of the characters, and the bottle is then poured out into glasses, straight.

Effect: Not only is the film’s handling of absinthe inaccurate – absinthe is, indeed, legal in the United States, but a straight pour sans louche might as well be outlawed – the effects are handled in a rather juvenile manner. Drinking absinthe may get you “messed up” enough to dance like a fool, but only under the weirdest of circumstances will it lead you to kiss your sister. 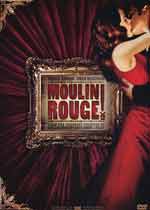 Effect: Drink absinthe, meet Kylie Minogue. While the effects of absinthe were often depicted in artists’ renditions as an absinthe drinker literally is being visited by a green fairy, we haven’t heard of this actually happening. Bonus points for the casting of Kylie Minogue as La Fee verte. 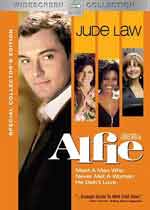 Alfie (2004, USA, directed by Charles Shyer)Jude Law’s titular role in Alfie is that of the penultimate player who goes on to get played. In a key scene, Law’s character is seduced by the mature, foxy Liz (played by Susan Sarandon) with the aid of absinthe.

Effect: Absinthe has often been considered to contain aphrodisiac properties, which heighten sexual desire. In Alfie, the aphrodisiac qualities of absinthe get the title character laid – by none other than Susan Sarandon. We can’t make any promises here. 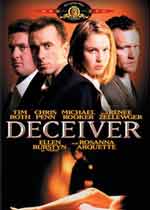 Deceiver (1997, USA, directed by Jonas and Josh Pate) James Walter Wayland (played by Tim Roth) has everything: a Princeton education, and a job running the family textile mill. Not one to be satisfied, Wayland gets all wasted and kills a prostitute named Elizabeth (played by Renée Zellweger).

Have a Flashback / Solve Cases 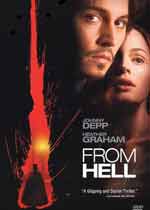 From Hell (2001, USA, directed by Allen and Albert Hughes) In From Hell, Johnny Depp plays a fearless Scotland Yard inspector hot on the heels of the infamous Jack the Ripper. The Ripper preys on prostitutes in Whitechapel, while Johnny Depp smokes opium and drinks absinthe.

Effect: We have no evidence that Jack the Ripper was drinking absinthe, so, again, drinking absinthe is no excuse to kill hookers (see Deceiver, above). For Johnny Depp’s character, absinthe provides prophetic psychic visions, the kind that helps him solve cases, though we assume his absinthe consumption has a little more to do with the liquid courage required for battling the demons in his head, as well as those of the streets. 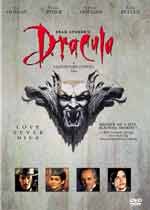 Bram Stoker’s Dracula (1992, USA, directed by Francis Ford Coppola) Gary Oldman as Dracula seduces Mina (Winona Ryder), the apple of his eye, with a drink of absinthe. Oldman recites the following lines as he takes young Mina’s mortality: “Absinthe is the aphrodisiac of the self. The Green Fairy who lives in the absinthe wants your soul. But you are safe with me.” Creepy.

Effect: The aphrodisiac qualities of absinthe are highlighted here, but the implications are a bit more dire than they are in a film such as Alfie (above). In Dracula, drinking absinthe will lead you to be seduced by Gary Oldman / Count Dracula. In the real world, absinthe may or may not get you and your partner perked up for love (whether or not one or both of you are immortals), so you’ll just have to try it and hope for the best. 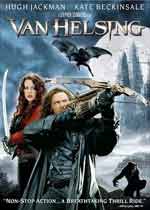 Van Helsing (2004, USA, directed by Stephen Sommers) Absinthe features prominently in the Dracula film (above) as well as the film about Dracula’s destroyer, Van Helsing. Hugh Jackman as the lead role, with Kate Beckinsale at his side (as the lusty Anna Valerious), first encounters absinthe around the same time he meets up with the Frankenstein monster. Later on in their journey, the duo drink absinthe in order to build up their courage.

Effect: Alcohol of any sort can be classified as “liquid courage,” but the creators of Van Helsing took that notion literally with regard to absinthe. While absinthe may contain an extra kick you won’t find in the average cocktail, we don’t recommend it for fighting zombies, Frankenstein, or evil the world over.

Drink A Candle & Go on a Cosmic Journey 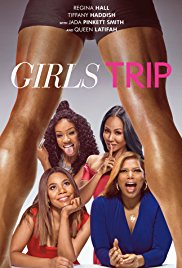 Girls Trip (2017, USA, directed by Malcolm D. Lee ) The all-star cast (Regina Hall, Queen Latifah, Jada Pinkett Smith) head to New Orleans to go to the Essence Festival. Along the way an adventure ensues, wild sides are revealed and of course absinthe enters the scene to create some laughs.

Effect: The “Girls” feel the effects of absinthe at the club, they grope each other, fly into space, but the real show stopper is when actress Kate Walsh drinks a candle thinking it is a cocktail. The creators of Girls Trip really take the effects to extreme; an aphrodisiac, liquid courage and of course the classic “trippin’ balls”.  We do not recommend having absinthe before going into a business meeting.